Survival Arena is a little 3D Hack & Slash action game made initially in Unity 5 later updated and improved with the 2017 version of the Engine, and with an isometric perspective. It’s based on the hordes mode from other action games, where the character comes in a little level and must to survive to countless waves of enemies for as long as possible, combined with a little narrative component, which sets the game in a fantastic world.

Hanja is an Amazon warrior, the chosen one by her people, who must fight against the unkind warlock king Yanik. During her mission she is captured and sent to a battle arena into another dimension. There she will have to fight against innumerable waves of monstruous creatures for her life.

The game is available both for Windows and Mac. In the case of Windows, there are also the options of downloading the game installer or just the portable version (without installer). Below are all the download files.

To play the game trough the .zip file it’s only needed to unzip all the contents into the same directory and execute the SurvivalArena.exe file.

All the game content is inside the package included at the download file. It’s only needed to unzip the package and execute it, but it can be installed too by moving it into the Applications folder.

To see the document of design and analysis with detail please click at the image or the link from below.

Survival Arena started being an excuse to use the tools and components from Unity, putting in practice what I’ve learned with tutorials and documentation, to be a full level that could be considered a Horde mode, that could be part of a bigger action game like Diablo. The level, story (specially the ambient) and the characters have been created based on free models from the Asset Store (animated characters, mystical skybox, scenario, decoration…), that way once I could finde what I was looking for I could focus at Game and Level design and the scripting, instead of the art too. 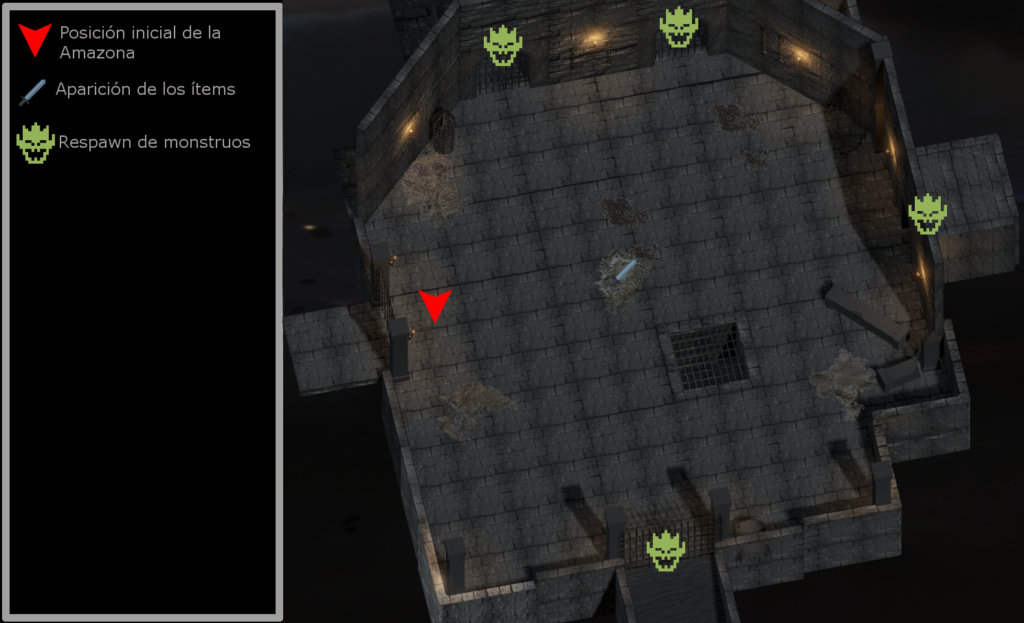 Features I designed and built for Survival Arena:

The scripting was made mostly in C# but some other tools from Unity were used like Mechanim, since in the case of the characters, it was needed to create new Animation Controllers from scratch using the existing animations. Other related tasks with the coding are the following ones: