I want my room

I WANT MY ROOM!! is a small turn based RPG and classic style with pixel art, using a top view for the main stage and changes to a side view during combat, made in Unity 5. The game was created for the 1RoomRPG Game Jam of 2017 and combines several elements of the genre such as classic turn based combats, inventory management, a good amount of puzzles, sense of humor and an important narrative about some kids who experience a weird paranormal event and they are trapped into a room in a parallel reality.

The player takes the role of Angie, a smart, extroverted girl without mincing words who is trapped inside her own room when it is transported to a parallel reality and at the same time as it’s being altered in a way too in a way that elements that usually are harmless suddenly come alive and become hostile. While she uses her ingenuity to solve puzzles to come home, Charlie, another boy who was trapped inside his own room and is transported to Angie’s while he was trying to escape will join her.

Link of the game’s page:

The game can be downloaded both for Windoes (7-10) and Mac OSX. The best way to keep it updated is by using itch.io’s application, but it can be also downloaded without it. In this last case all that is needed is to download, unzip and execute the game (in case of Windows, it’s important to keep the folder structure so the .exe and the folder that comes with it must be in the same place).

To see the document of design and analysis with detail please click at the image or the link from below.

I WANT MY ROOM!! – Design Document

I WANT MY ROOM!! started being a game for a Game Jam with which to improve both at design and development skills, having to investigate, learn to acquire experience in creating a classic style RPG with pixel art style, adding also a very tight time. However it went further and the two members of the team decided that after the jam’s end, the game could be even better, adding missing details  and some visual improvements. From start to finish, it lasts around 15-20 minutes. All the game content but the music and sound was created expressly for the game, so while I was focused at game design and mechanics, the level design tasks where shared between me and the artist.

The rest of this page is intended to show briefly the tasks I did and some images from the design. For a more detailed information about the game and metodology I used, please don’t hesitate to take a look at the design and analysis document. 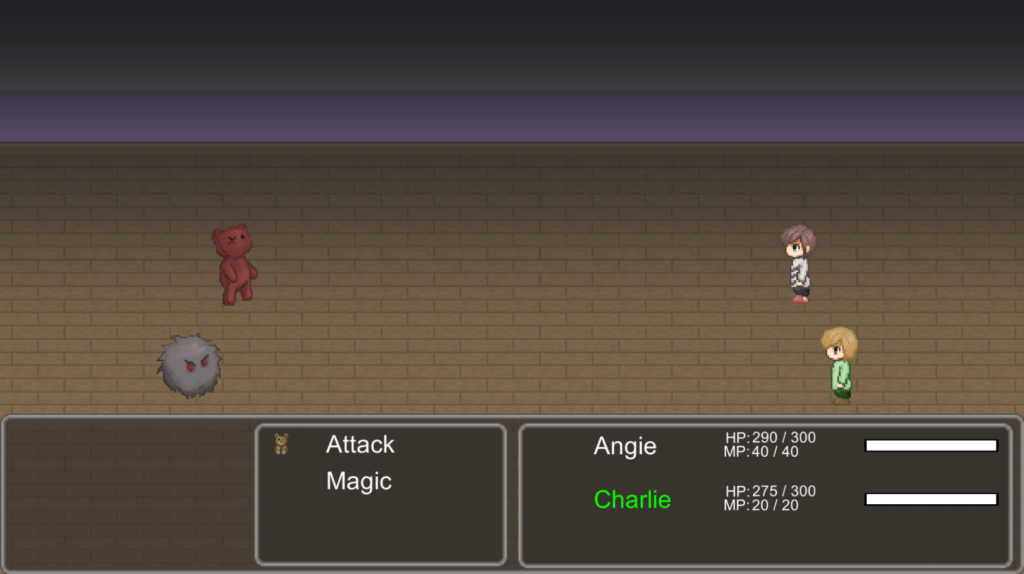 Puzzle of the clock 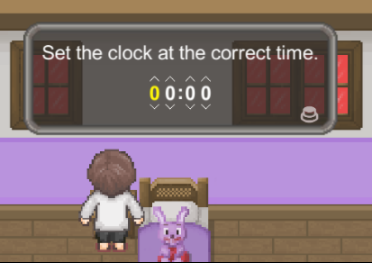 Solution: Update the numbers according to the system time. It can also be checked from the main menu. 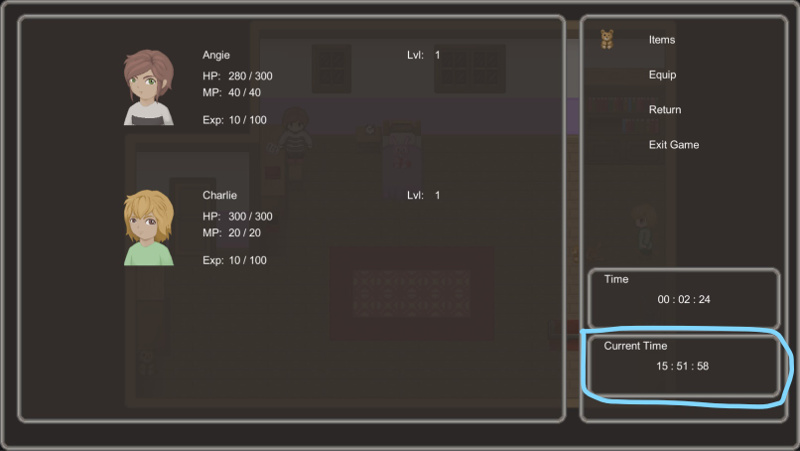 Searching of pieces of number 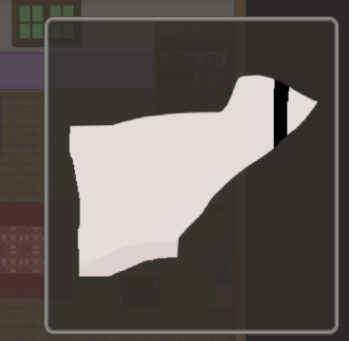 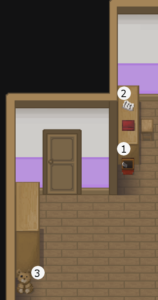 Puzzle of the library 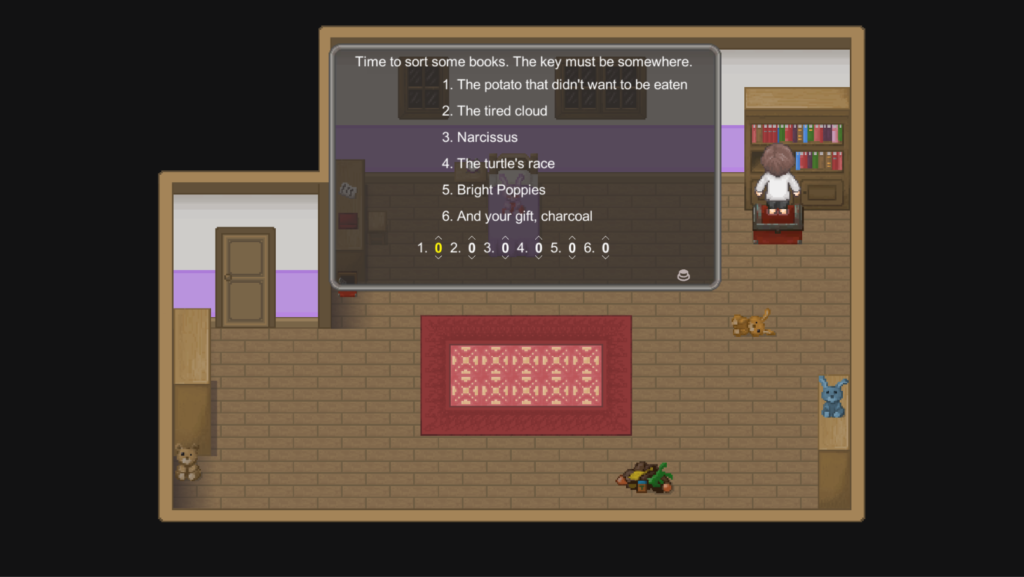 Puzzle of the hidden panel